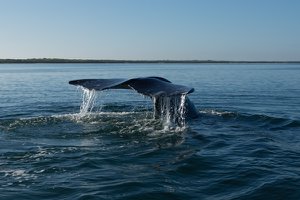 Whale watching season begins in mid December and lasts through the winter months until the end of March. Grey Whales and Humpback Whales migrate six thousand miles from the frigid waters of the North Pacific to the warm waters of Los Cabos. They make this long trip in order to mate, give birth and to nurse their calves. The Grey Whales are the most often seen whales in this part of the Baja Peninsula. They prefer to give birth in shallow water in a protected cove. About a five hour drive north of San Jose del Cabo, in Magdalena Bay, you can interact with the recently born calves - even touching and petting them. Small boats take you out into the lagoons and the mother whales are eager for their calves to interact with humans. It truly is an experience of a lifetime! During their time in the lagoons the calves will double in size going from approximately 1500 pounds to around 3000 pounds. 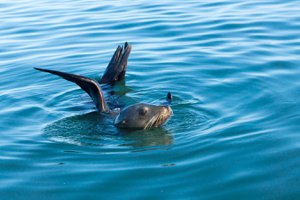 Cabo San Lucas Marina and the Puerto Los Cabos Marina in San Jose del Cabo. Bring your camera for close up photos of these magnificent creatures.